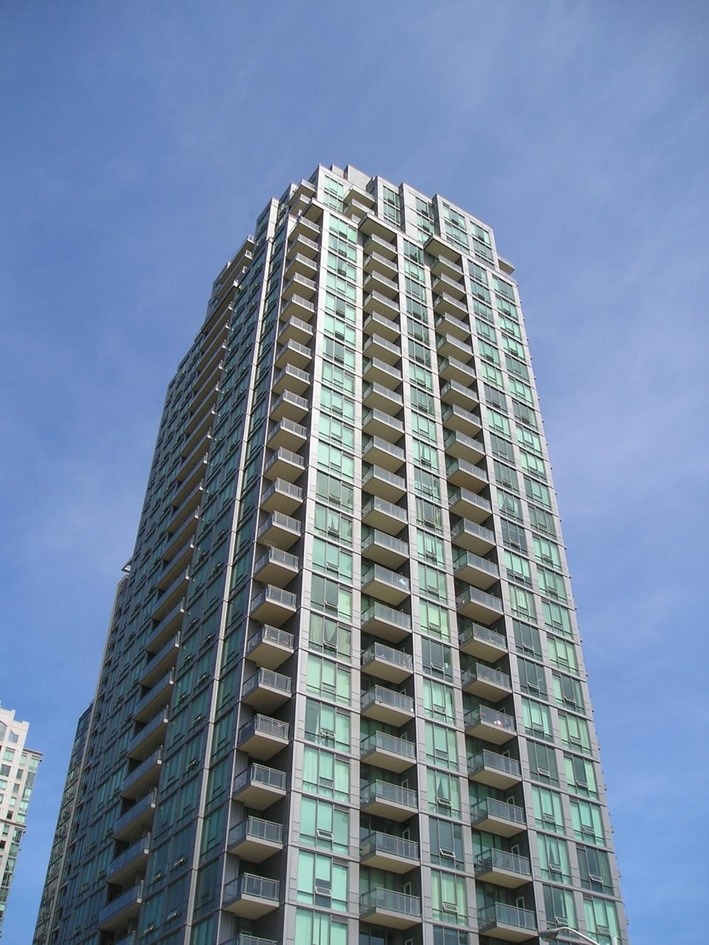 Elle condos are the third tower in the Mississauga Square One area to be built and completed by Vancouver B.C. developer Amacon Corp. Amacon first completed Elle’s sister towers known as Eden Park, and Eve, and they are now busy with the huge Parkside Village development under construction at the corner of Burnhamthorpe Rd. and Confederation Parkway. Elle was built and completed in 2010, and it has a clean, modernist look that is typical for most of Amacon’s projects. Elle faces on to an open area of Kariya Drive, and is just a couple of blocks away from the very busy Square One shopping mall.

The Elle condominium consists of a single 31 storey tower which is built over a fairly handsome podium, and one unique feature is the nice, quiet, drive-through/walkway that runs between where Elle is situated on Kariya Drive, and the busy major artery that is Hurontario Street. Address for Elle Condo is 3525 Kariya Drive.

Elle condos are part of the current boom of luxury condo developments that have changed the face of the Mississauga City Centre (MCC) area, that is to say, the area centred around Square One. Located where it is, Elle is close to all lifestyle amenities that MCC has to offer: Square One Shopping mall, with its 300 plus stores, is about a 5 minute walk away, with the southeast entrance to the mall (Walmart) closest. In addtion to shopping, Celebration Square with its many activities and events, Mississauga City Hall, the central YMCA, the central library, Sheridan College, the Living Arts Centre, and the Mississauga Transit and GO bus terminal are all within easy walking distance.

Elle is also an easy walk to the Cooksville GO station, as well as to schools such as Father Goetz Catholic Secondary School, and T.L. Kennedy Public Secondary School. A couple of minutes away there is also access to the 403 highway, and there are major grocery stores nearby,  such as the Metro located across Hurontario on Mississauga Valley Blvd., and the full grocery located within Walmart at Square One. 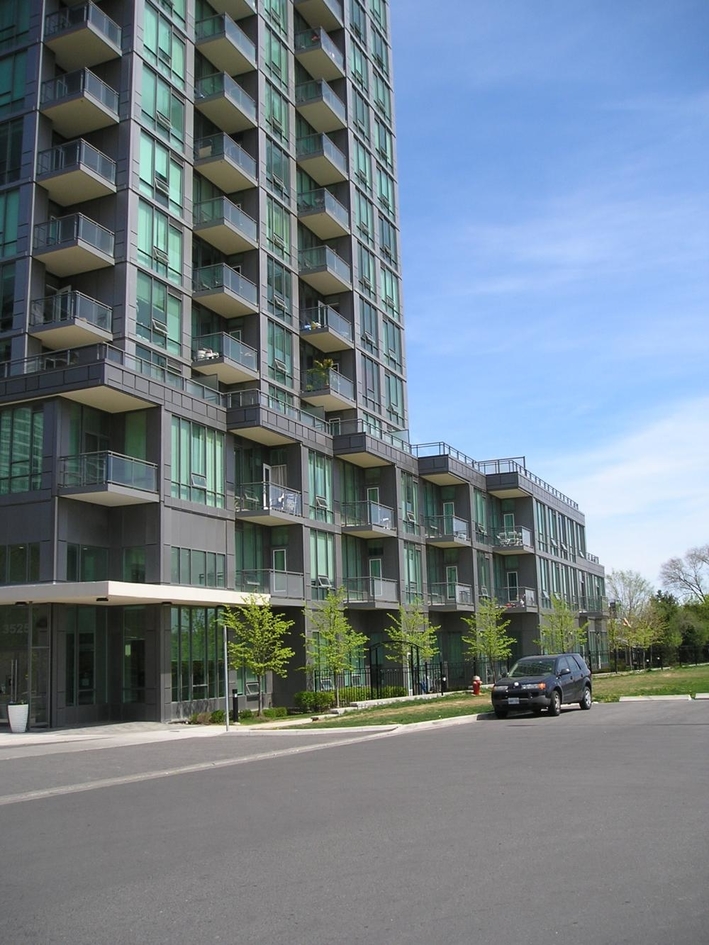 As is par for the course with newer luxury condos completed in the Mississauga Square One area in the last decade, the Elle condos have a long list of impressive amenities. Primarily located in an area known as “Club Elle”, Elle features generous facilities for residents and their guests – with bar, kitchens, BBQ area, and library room. The Club Elle also features an indoor pool, whirlpool, sauna, exercise room, and a gym.

Elle is fortunate to have nearby access to two city parks. Kariya Park, which was opened in 1992, was a gift to the city of Mississauga from its ‘sister’ city of Kariya, Japan, and it is a two minute walk away. Kariya Park is an oasis of tranquility in the centre of Mississauga, with its pond (goldfish & wild turtles), cherry trees, and serene Japanese gardens, and it is often the setting for wedding pictures for newlywed couples. Across Hurontario St., another large park known as Mississauga Valley park features baseball and soccer fields, extensive BBQ areas, forested creek with plenty of birdwatching, and water splash pads for children. 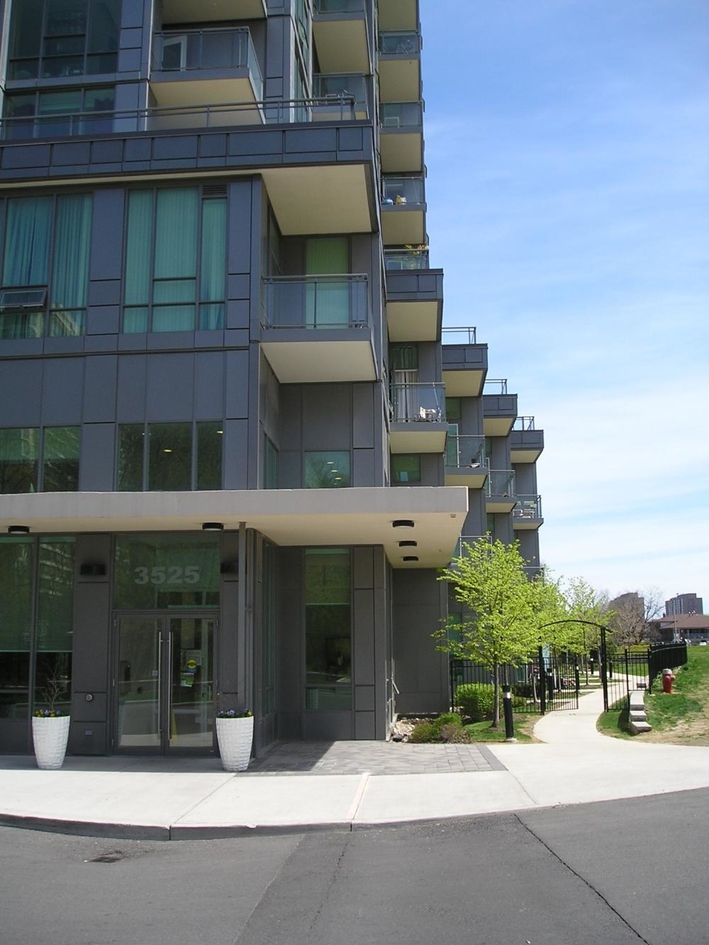 MLS sales and rental activity as reported by the Toronto Real Estate Board (TREB) at the Elle condos has matched the sales velocity and pricing of the overall Mississauga real estate market – showing steady sales with increasing prices. Recent sales have ranged as follows:

Elle has also enjoyed strong leasing activity – no doubt augmented by its popular location in the Mississauga Square One area: 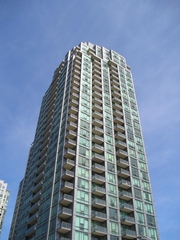