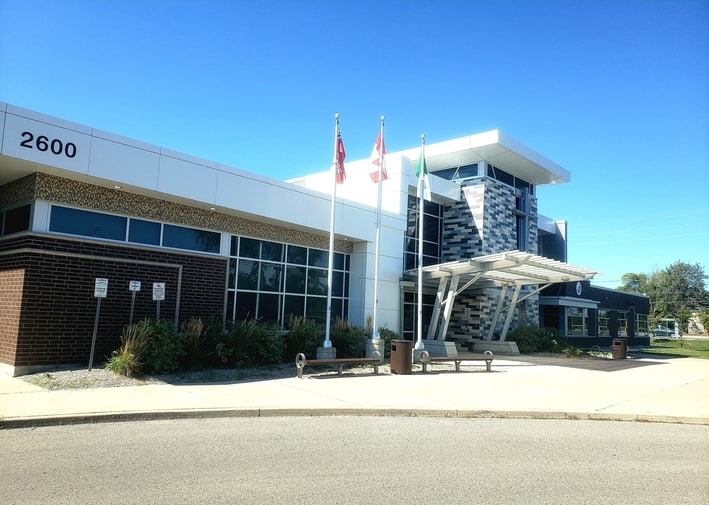 Sainte Trinité Catholic Secondary School also known as École Secondaire Catholique Sainte-Trinité, is a relatively new catholic secondary school situated in northwest Oakville, offering french language schooling for grades 7-8, as well as for grades 9-12. There are currently approximately 600 students registered at this unique high school, which is part of the MonAvenir Catholic School Board.

Ste. Trinité, as it is known locally, was established in 2013, and it is considered one of the better catholic high schools in southern Ontario. The school offers a wide assortment of academic courses for students in grades 9-12, including international baccalaureate (IB) programs, as well as a specialist high skills major in health and well-being.

The school prides itself in providing an environment where academic excellence is encouraged amid respect for multiculturalism and catholic family values. Like many catholic schools, Ste. Trinité has a dress code, and students are required to wear a uniform. 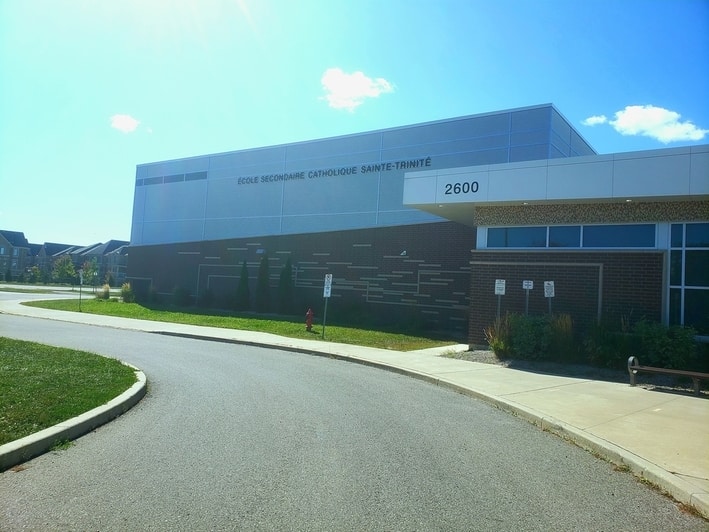 Even high performing schools can have disparities between different student groups

Ste. Trinité offers students the ability to participate in a wide assortment of team and individual sports, including baseball, basketball,  football, volleyball, and more. There is also an extensive list of extracurricular clubs and programs such as chess, cooking, music, debating, math, photography and drama. 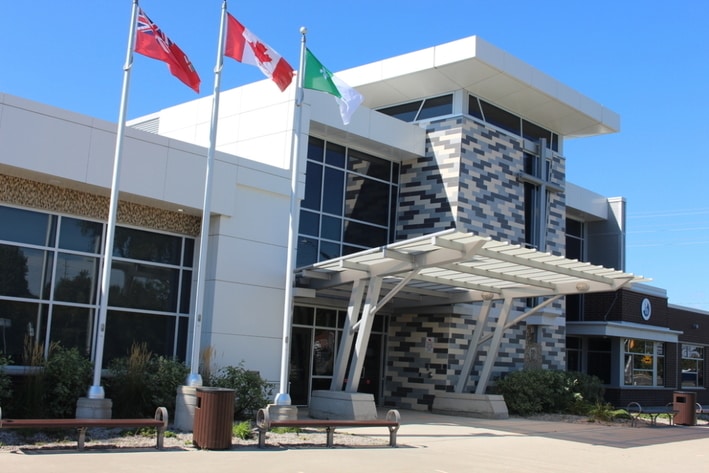 St. Trinité, although only open for a few years, has consistently scored highly in the Fraser Institute’s annual ranking. This year’s score was 7.7 out of a possible 10, and the school is ranked at 95th place out of 739 high schools in the province of Ontario. Compare school rankings.

For recreation, students have access to a large gymnasium, and a  full assortment of athletic facilities. The school is located in the extreme northwest part of Oakville, near Dundas St. W. and Bronte Road.

Ste. Trinité is the Oakville location of the MonAvenir Catholic school board, and as such, covers a cachement area that includes all of Oakville.

Back to the main page