Loyola Catholic Secondary School is a reasonably well rated separate high school situated in a suburban area of west Mississauga that straddles the dividing line between a residential and an industrial area of the city. It offers schooling for grades 9-12.

There are currently approximately 1500 students registered at this modern and uniquely located facility. This Catholic secondary school serves a large catchment area that includes the entirety of Erin Mills, including Deer Run and Pheasant Run.

As with most Catholic high schools, students here are required to wear uniforms while attending classes.

The school was originally founded in 1978, at a different location near South Common Mall. It moved to its current facility in 2012, and is today considered one of the key Catholic high schools in Peel Region. The school offers a wide assortment of academic courses for students, many of whom are new to Canada.

Loyola CSS participates in the Dual Credits program. Students are able to get college level credits for courses taken during grades 11 and 12.

Loyola has a special focus on athletics, and offers a Specialist High Skills Majors (SHSM) program in Sports.

Both Extended French and French Immersion are offered at this school, as well as basic Core French.

The school has modern classrooms, plus a media studio, a large gymnasium, a hair styling and aesthetics salon, a cosmetology lab, rooms for computer study, music rooms, and a chapel.

Loyola has a large athletics program, including:

The school also offers a wide assortment of extracurricular clubs for students, including:

This Catholic high school has consistently scored midrange in the Fraser Institute’s annual ranking. This year’s score was 6.2 out of a possible 10, and the school is tied for 391st place out of 739 high schools in the province of Ontario. Compare school rankings.

School and Nearby Amenities

The school is located in a suburban area of west Erin Mills, Mississauga. There are some retail and dining options available nearby, as well as an extensive commercial and industrial area. Loyola has outdoor track and field areas, and a large gymnasium.

Loyola CSS has a large catchment area with approximately Highway 403 on its northern boundary, Dundas Street to the south, Ninth Line in the west, and a somewhat irregular line following the Credit River on its eastern edge.

IMPORTANT DISCLAIMER: Not all boundaries are included. We make every effort to ensure that school and district boundary data is up-to-date. It’s important to note, however, that these are approximations and are for general informational purposes only. To verify legal descriptions of boundaries or school locations, contact your school board.

Loyola Catholic Secondary School is a good school in a strategic west area of Mississauga. It has a great reputation, and acceptable rankings in the Fraser Institute grading system. 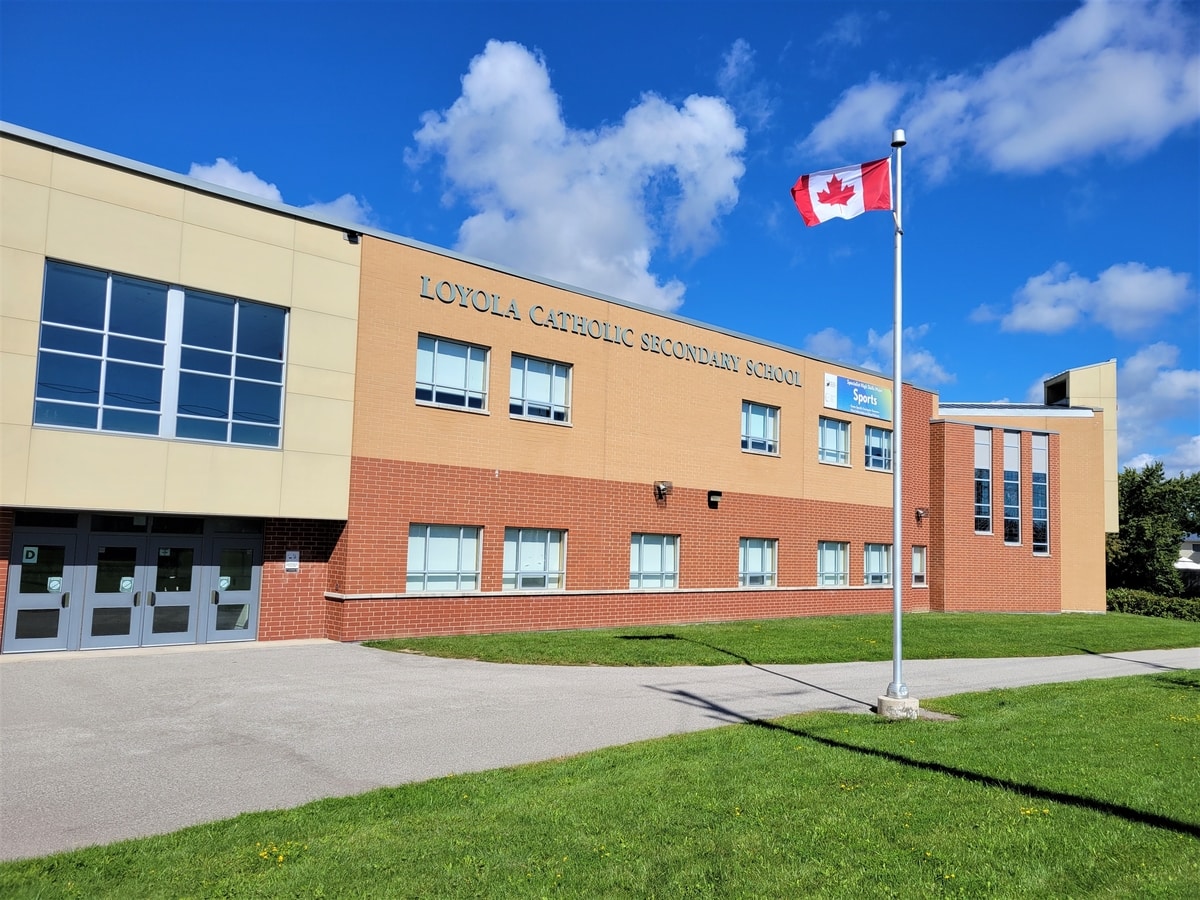