The following is a transcript of my video posted April 9, 2020. 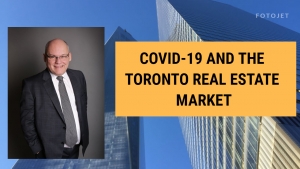 Hello everybody. Welcome back to my real estate channel, Randy Selzer here. And we thought we’d give you an update today on the COVID-19 virus and as it affects the real estate market here in Mississauga and also in the greater Toronto area. All of us are keenly aware, I’m sure, of these massive changes in the world since the beginning of the year. I think if anybody had told me on the 1st of January that two and a half months later or three months later, we’d be living in a global pandemic where everything is shut down and people are dying around the world, I would have never believed it. So we’re all aware of the massive changes out there. Everything is shut down, everything is locked down and hopefully, the tide is turning.

I think the news lately in the last couple of days has been a little bit more positive out of Europe. It seems that the curve of the number of people infected and dying seems to be going down or flattening a little bit in places like Italy and Spain where they were so terribly hit and also even in China. It seems that they’ve lifted the lockdown in Wuhan, which is where the whole thing began, so hopefully we’re not going to be too far behind that here in Canada.

In the meantime, real estate has been massively affected by these things. There’s been a lot of changes and changes in the way business is conducted, changes in the protocols that we go through in order to sell houses and condos or to help people to buy houses and condos. There’s been some massive changes. For example, some of you are probably aware, we no longer are able to do open houses. That’s been forbidden and there are a lot of new protocols in place where people are buying houses virtually at first by watching virtual tours and then making those offers conditional on actually inspecting the property in person. That’s becoming more and more common. I never thought it would work, but it seems to be the way that things are headed right now. There’s all sorts of new clauses that have been released to us to put into offers with regards to COVID-19 and some of the potentiality of things closing.

Fortunately, real estate has been declared an essential service, so real estate agents, lawyers doing real estate deals, the registry office, those are all essential and those are going to stay open for the foreseeable future as long as there are no other changes coming from the province.

But there’s been a massive change and nobody can deny it. The numbers are way down. The Toronto Real Estate Board published their March numbers, which gave I think a false reading because it included the first half of March where we were not in lockdown and the numbers were very strong leading up to that as we are still in that bull market until a couple of weeks ago. So the numbers were positive as they came out from TREB. But if you look at the numbers since the lockdown took effect, there’s been a drastic change and we’re going to get into that a little bit later, but basically numbers are down by pretty much two thirds of what they were last year.

The way I see it, there are two threats that are posed by the COVID-19 virus. The first one is of course the medical one and that’s something we’re all dealing on a daily basis now with people wearing masks and surgical gloves and being locked down and social distancing. All this stuff that’s taking place and let’s hope that they soon find a way that we can stop the disease. That’s the medical threat. There’s also an economic threat that is being posed by this disease and that’s the one I think that we need to focus on here when we’re talking about real estate.

There’s been such a profound change in our economy over the last two to three weeks where everything is shut down. Everything is closed except essential businesses and I think the effects of that are going to be with us much longer than the effects of the disease itself. Assuming we get around that curve and eventually the lockdown is lifted, there’s a lot of companies that are going to rehire their people, but there’s also a lot of companies that are not going to be coming back. I was just reading a survey put out by Restaurants Canada where they’re expecting already 10% of the restaurants in Canada are going to be closed for good. They’ve shut their doors for good and they’re predicting that if the lockdown continues, that could grow by another 18% for a grand total of 28%. more than a quarter of the restaurants in all of Canada may never reopen because of this virus emergency.

And that’s just one industry. You look around and travel and tourism is going to get killed. I can’t see, even if the lockdown is lifted, that people are going to be jumping on an airplane to go on a trip right away. Likewise, people in the entertainment industry. I can’t see how people would want to rush out to a concert and sit with 500 other people with 500 strangers who they don’t know right away as soon as the lockdown is lifted. I think people are going to be nervous for a long time to come.

But the biggest problem in my view is the layoffs that we’ve seen. And there’s, I think, I don’t know the exact numbers, but I think in the first week there was nearly a million Canadians that applied for unemployment insurance and not all those jobs are coming back. Even the ones that do, people are going to be behind because most people don’t have any savings. So people are going to be behind the eight ball and they’re not going to go out and spend a bunch of money right away. So I think this is going to be a lingering effect. It could take many months to recover from. I mean it’s just common sense.

When we look at the real estate market, those of you who follow my ramblings probably remember that I, there’s been three things that I believe have driven this market over the past years. The first one is a low interest rates. The second one is a booming local economy and the third one is immigration. And while the interest rates are trending lower and they’re down to almost zero, the second one, the booming local economy, I think is going to be not with us for a while. There’s just no way… People are expecting an immediate bounce back from this, but I don’t see it happening. It could take several months, it could be next year before we fully recover from this or even longer. Nobody really knows. There’s no experts out there. The government doesn’t know. The presidents of the Canadian banks don’t know. Nobody really knows because this is something different. It’s something new, but it’s just seems to me that it’s going to take much longer to recover from this than people are expecting. So that’s the second pillar of the real estate market that is all of a sudden not there.

The third pillar, which is immigration into Canada, again, that’s something I can’t see that it’s going to carry on as if nothing happened. First of all, all the flights are canceled around the world. There’s quarantines in effect, so it’s going to take a long time. It’s not just Canada involved here, but other countries as well. It’s going to take a while before those restrictions are lifted and immigration can recommence. But the thing to keep an eye on is one of the biggest draws for immigrants has been the booming local economy in the GTA, and if that isn’t there, it may put their plans on hold. Maybe they will decide not to come to Canada. Maybe they’ll decide to put off that immigration. It’s hard to say. Again, there’s so many unknown factors here, but we shouldn’t just assume that everything will bounce back to normal.

So what should we expect going forward? I think in the near term, there’s a lot of uncertainty. There’s just so many factors out there that we’re not sure how it’s going to play out. I think if you’re a seller, it’s probably a good time to hold off selling. And this, as a real estate agent, this is the last thing that realtors are supposed to tell their clients. But it’s hard to say. I mean the prices could go down, they might, but they might not. We have to remember that there is underlying strength in the market. And two months ago, there was still this dramatic imbalance of more demand than supply. How much that has been hurt, time will tell. We really don’t know at the moment whether that’s still in effect or whether we’re going to be into a longer term problem.

If you’re a buyer and if you still have a job, if you’re still able to buy, I suspect that there could be some bargains coming later as the year progresses. So again, there’s no rush to get into something, but it’s a historic time. I think people are going to write books about this and people are going to look back and remember the great panic or the big pandemic of 2020, and that’ll be something that people will be telling their children and grandchildren about.

So I wish you all well. I think there’s no point to panic. I think that real estate is still the best investment. There’s nothing better, nothing better than real estate when you’re making an investment, and plus you get to live in it, which is a great bonus. I don’t expect a crash in real estate values, but I do expect a period of softness and uncertainty because when things are uncertain, most people hold back and decide not to make a big decision like buying a house at least for a while. So I think that’s going to be with us for sure.

I also believe we’re going to go into a recession. There’s just been too many layoffs, there’s too many layoffs, and some of those people will get recalled, but some of them won’t. And that’s the big question mark. How many of these people are not going to get recalled right away? Maybe they’ll be off for a year. Maybe the companies are going to change their forecast and tighten their belts because it’s going to… There’s a lot of companies out there that are hurting. The government is doing a lot of things to help people on a short term basis, but you also have to look at the longterm basis, especially for companies that have lost their shirt or are in the process of losing their shirts right now as we speak.

So anyways, thank you for coming back to my channel. I appreciate it. If you have any comments or questions, please enter them below. I’d be happy to carry on a conversation with any of you and let’s get through this together. Bottom line is stay safe, follow the protocols. Don’t go out if you don’t have to. Wear those masks. Wear protective garb and practice social distancing. I think that’s really important. It seems that the countries that embraced that early seem to be getting over that hump earlier than the ones that didn’t. So take care everybody and we’ll talk to you again soon. 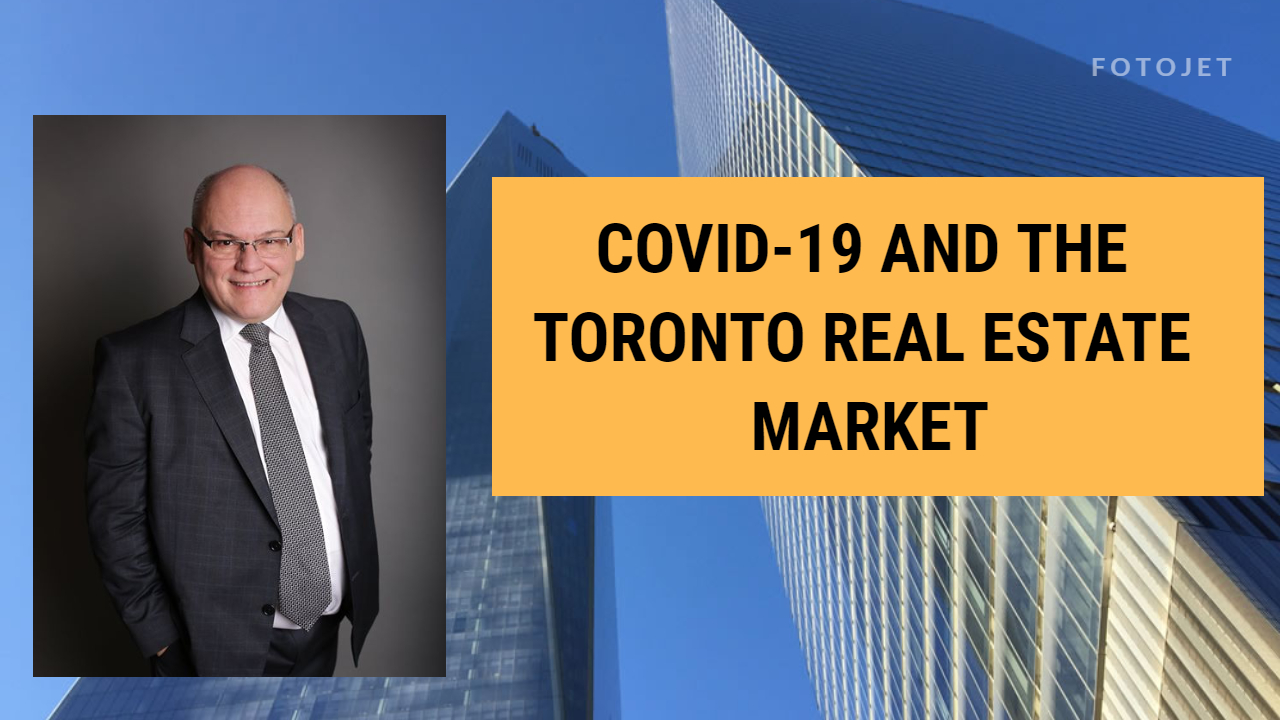 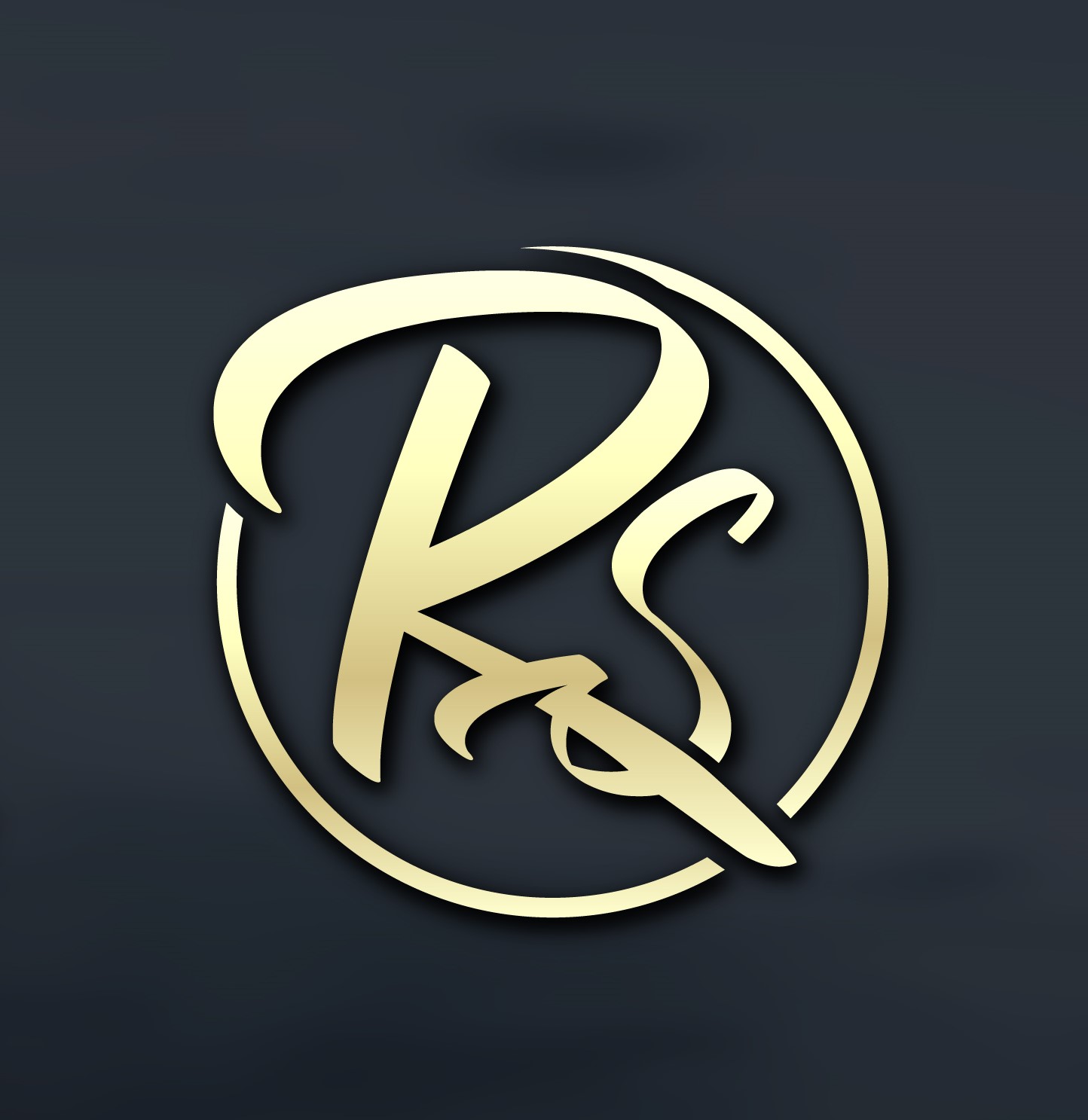